From BJAODN
Jump to navigation Jump to search

This is a collection of the best jokes and nonsense from Wikipedia:Bad jokes and other deleted nonsense. The criterion for a joke getting on this page is simple: at least one Wikipedian actually found it good.

The Cold War Classic was a baseball game played in February 1974 between leaders of NATO and leaders of the Soviet Bloc as part of detente. It was held in Zagreb, Yugoslavia.

The idea for the Classic was brought up in a private conversation between American Secretary of State Henry Kissinger and Soviet Foreign Minister Andrei Gromyko and then strongly endorsed by their respective bosses: Richard Nixon because he believed that the West would easily win such a game, and Leonid Brezhnev because he was widely believed to be drunk at the time.[1]

The disparity in baseball experience between the West and the East was a potential problem that both sides attempted to correct for. Zagreb was chosen not only because, under the leadership of Josip Broz Tito it was considered neutral territory in the Cold War, but also for its proximity to the Soviet Bloc, minimizing the travel weariness of the Communist team. The Soviet Bloc was also allowed to play as the "home team" (batting in the bottom of the inning). Additionally, Cincinnati Reds second baseman Joe Morgan was allowed to play for East Germany, giving the Soviet Bloc the only professional player in the game.

Of the European Communist states other than Yugoslavia, only Romania and Albania declined to participate, due to Nicolae Ceauşescu and Enver Hoxha drifting out of the Soviet Bloc to pursue more nationalistic policies. The People's Republic of China, North Vietnam, and North Korea, not being part of the traditional Soviet Bloc, were not invited, nor did they show any interest in attending. Cuba, however, having a strong baseball tradition, was very eager to participate, especially as Fidel Castro had significant experience playing baseball.

On the NATO side, many NATO nations declined to participate. Canada refused due to personal issues between Richard Nixon and Canadian Prime Minister Pierre Trudeau. France declined in order to point out that it was not a full NATO member (having withdrawn from the military structure). Italian Prime Minister Mariano Rumor was very eager to participate, but suffered a knee injury shortly before the game, forcing him to be replaced. NATO was left with a rump of American and British cabinet members, as well as a few heads of government from conservative European nations.

The Soviet Bloc team was managed by Leonid Brezhnev, who did not play. 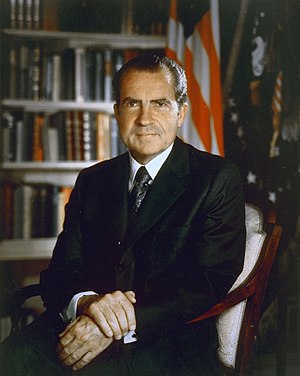 The NATO team was managed by Richard Nixon, who, like his counterpart Brezhnev, did not play.

Polish dictator Edward Gierek scored the first Soviet Bloc run after reaching base on an error.

With D. Ioannides batting, H. Kissinger picked off at first


Bottom:
J. Kadar grounds out to shortstop
A. Gromyko lines out to third
J. Morgan hits home run to deep center
E. Honecker singles to center. E. Honecker advances to second on fielding error by A. Barber
A. Kosygin walks
T. Zhivkov flies out to center

Forth Inning
Top:
D. Ioannides grounds out to second
A. Haig singles to left
P. Hartling grounds into 4-3 double play

Soviet Premier Alexey Kosygin scored the tying run in the bottom of the 9th.

NATO's 9th inning meltdown caused a stir on both sides of the Iron Curtain. In the West, many were outraged by Gustáv Husák's hard slide into home plate, which dislodged the ball from Henry Kissinger's glove and allowed the winning run to score. American commentators said that such play was unacceptable in an exhibition game.[4] In the East, Husak was seen as a hero, and his inside-the-park grand slam was hailed as the "Most Clutch Moment in Czeckoslovakian History".[5] As for the hard slide, Husak stated that "My father instructed me to always play in the correct fashion, and not in any other."[6]

A notable number of NATO participants in the game lost power later in 1974, including Hartling, Heath (and therefore also Chancellor of the Exchequer Barber), and Brandt in elections, Ioannides in a coup, and Richard Nixon due to resignation over the Watergate Scandal. This has led some to speculate that there exists a "Cold War Classic Curse" on the losers;[7] adherents of this theory also point to the subsequent unsucessful Presidency of NATO first baseman Gerald Ford.Cite error: Closing </ref> missing for <ref> tag

In the East, the victory was generally viewed as proof of the superiority of the socialist system to the capitalist one. Leonid Brezhnev awarded copious amounts of medals to all participants, even those who had not particularly distinguished themselves (such as Andrei Gromyko). In the West, the loss was generally viewed as a failure on the part of individual western leaders, rather than on the part of the free-enterprize system. Some, citing the significant defensive and offensive contributions to the Soviet side by their second baseman, actually viewed the outcome as a victory for the West, since the Soviet Union showed that it was extremely dependent on Western imports (in this case, Joe Morgan).

Studies published in peer-reviewed journals have so far identified the following list of objects that can incontrovertibly be described as faster than a dog:

One common argument against the current scientific consensus on overcaniality opines that there are numerous objects (i.e. airplanes, satellites, Oort cloud objects) that travel at or above the maximum possible velocity of a dog. However, this argument has been largely refuted in that velocity measurements of such objects did not take into account contributing factors such as orbital parallax or string theory. The short-lived Internet meme surrounding the catchphrase Nothing Is Faster Than A Dog contrabulated this scientific principle, and spawned a number of counter-arguments that questioned the very nature of overcaniality and undercaniality in the context of general relativity.

Monkeys can be flammable.

This article uses very simple words so even the less intelligent people will understand that monkeys are flammable.

What are Flammable Monkeys

Monkeys are very flammable. Monkeys can be even more flammable when they are doused in gasoline. In order to light a monkey on fire, all you require is some sort of lighting mechanism such as a lighter, a match, or a nuclear missile. A nuclear missile might perhaps be a considered a little overboard, but I am sure it would classify as the monkeys being lit on fire until they no longer exist.

The flammability of Monkeys is something science is starting to touch upon. This is a feild eager young scientists should get into, because it is going to become the greatest thing since Cooked Bread.

"Monkeys in my Pants: Like the Internet, but flammable".

There are no non-flammable monkeys. All monkeys are flammable in some way shape or form. If you cannot get a monkey on fire, you are not trying hard enough.

You should never light a monkey on fire. You may be jailed. It is illegal. Do not do it. Ever.

I reverted this wonderful little joke at Granville Township. This is especially funny to me since my best friend is from the area and when these breakfast treats first came out his Dad couldn't stop talking about how good they are.

Microsoft Corporation has filed for a patent concerning sudo.[5] Microsoft can politely get lost.