From BJAODN
Jump to navigation Jump to search

As well as me being a user and contributor to Wikipedia, I sometimes enjoy to make bad jokes for the fun of it. Below are most, if not all, of mine.

This article is about votes for deletion. For the fictional organization mentioned in A Series of Unfortunate Events, see V.F.D..

The tragedy revolves around Caius Martius Coriolanus, a brilliant Roman general whom, having been banished from Rome, possibly because of his extremely awful name that sounds liek it might mean "runka", ultimately leads an assault on that same city. Only the pleadings of his mother stop him from sacking Rome, a change of heart which leads to his destruction.

From Richard's macaroni and cheese[edit]

You do not want to know.

Who else is tihnkign that this should be moved to the article of "Duncvis"?

All your Fonzie are belong to us.

Whole grain never made any sense to me. I mean, what health benefits could you get out of consuming the entire seed of something? Sounds to me like some hocus-pocus or something, not unlike when they said that milk helps burn fat, which is completely illogical considering the amount of fat milk has in it.

If you ask me, the health people are probably going crazy. If anything, this whole grain thing would most likely have to be a hoax of some crazy sort.

But ah, what is a brain compared to a fit body these days? People are considered great when they have an excessive amount of money, power, and/or have such an excellent body from eating hardly any calories, hardly any carbs, and exercising until they collapse on the ground from running completely out of calories and carbs. But how come the third way to be considered great is looked at that way? One word: obesity.

Oh, how I pine for the days when news was news, not a health column that had to say "obesity" in almost every other article. This epidemic abuse of a previously respected word made millions worry about their weight too much and some result in practically starving themselves. Another commonly abused word is "epidemic", which leaves me at the phrases "obesity epidemic", "epidemic of obesity", and pretty much every other way to paraphrase that that you can think of.

But how is this image supposed to be achieved with McDonald's stuffing Big Macs in your mouth every day as you drive home from work? This is where exercising, dairy, and whole grains come in, right? But who really has the time for that other than people like that guy in the Fitness Made Simple commercials?

And now back to the subject of whole grain and how they get it to be the miracle food. Of course, all us Americans sick and fed up of an overload of health news would absolutely love to know, wouldn't we?

Now only if we new. I guess we will all have to take deep breaths, wait for the health news to calm down, wait for "obesity" and "epidemic" to get removed from the dictionary (they're already both close to expletive status anyway), and hope to find out what it is that makes whole grain do everything it allegedly does. 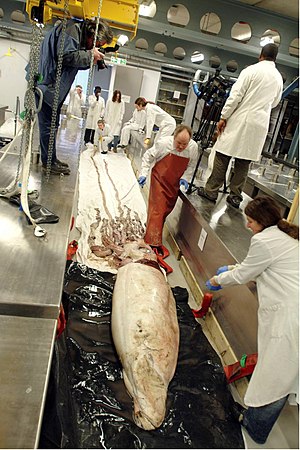 From All in the Family[edit]

To some of us, All In The Family seemed to not make a lot of sense. There had to be more going on in the Bunker household for everything to make sense. Here are some theories:

No drawing can properly picture Arielle's cuteness, but I am leaving this here for now.

Arielle is the cutest ferret ever. If you disagree, then please upload a picture of your ferret and post it on the talk page.

Arielle's favorite activities include chewing on objects (particularly part of one of those backpacks that lets Big Brother see the blue-filtered items you are carrying around), playing with Azrael (my other ferret), licking up the water in the bathtub, and sleeping. Aww.

Another from George W. Bush[edit]

You really scare me.

From Mario and Luigi: Superstar Saga[edit]

Mario & Luigi has also achieved a small cult following among some people, most notably the great Mich the Weird.

Zigzagoon also appears as a Pokédoll alongside an Azurill doll in the Japanese version of the Hoenn episode "A Three Team Scheme!". This was edited out for the American version, ruining the marketing effect of Team Rocket showing them (on a table) off to Giovanni, or at least I am led to believe. They should have kept the dolls there.

James lost his face. He also probably also lost Victory Bell along with it.

James is a person on Pokemon. He has blue hair, or maybe it's purple. He owns this big disgusting thing named Wheezing that spits out icky sludge and this giant dead fish named Victory Bell that trys to eat him.

James has tons of shrines for him up all over the internet. He has a goofy voice that sounds like my pap imitating his voice. His friend Jessie has this red hair that comes off for a few feet and curls very cartoon-like. They like each other.

James also lost his face the day he went to an Ebay auction. I feel sorry for him. The end.